It's my first night out. In the sunset, I can still see Gis way down in the valley. I've never been so far out in the world...

...The small campfire only seemed to make the night that much more compleat. In the dying sunset, Tilland could still make out distant shapes of buildings and fields of Gis, the town that until this morning had been his entire world.

...His horse quietly ate the tender grasses beside the road. Tilland convinced himself that if it were safe enough for his horse to relax, it was safe enough for him. He finished off the rabbit he had caught and cooked and pulled out a thin journal. 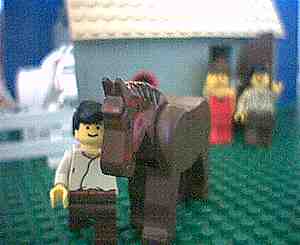 ...Thumbing through the blank pages, Tilland wondered what he should write. As a child, his mother had taught him how to read and write, but never what to write. And though he never considered himself a writer, he had felt compelled to bring along the slim journal books that had been sitting unused on his shelf since the days of schooling.

...He turned to the first page and watched it while he fished out his ink well from his travel pack. Holding the pen carefully, he wrote the date, "5th of Ties, year 122".

...At first, the words flowed from his pen like cold, thick ink. Each one taking time to form and set. But as he started to write about how he had traveled more this day than in any other in his life, the words started to come quicker. 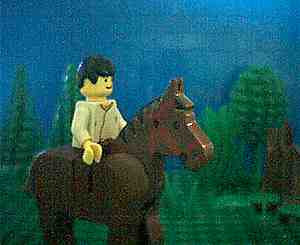 ...He wrote about leaving his house for the last time as the sun came up on his 14th birthday. His parents had given him the horse that he had helped raise and tame, but precious little more. Being the third son of the family, he was not entitled to either the family's land or holdings, so he considered himself lucky to get the few trinkets he had taken. His horse, a small bow, a pouch of foods and tradable. Not a great deal of goods, but he had few needs and no idea what to do next.

...His entire 13th year he had spent knowing this day would come. At 14, he was now a young man and ready for the world. But the small world of his home town of Gis had nothing to offer him. The master carpenter and master carver had no openings for new apprentices. The only apprenticeship he could have gotten was with the baker, but he didn't feel his place was with the ovens.

...As his 13th year drew to a close, Tilland knew that he would need to leave Gis to find his place. On the dawn of his 14th birthday, his father had shaken his hand and greeted him as a man for the first time in Tilland's life. His parents had been proud of his decision to stake out, and though they would miss him, they knew he would be better off finding his place in the world as opposed to staying on the family farm as little more than a farm hand to his elder brothers.

...The story of his life to this point filled many pages in the journal, and by the time the moon had risen high in the sky, Tilland felt he had made a good start on his writings.